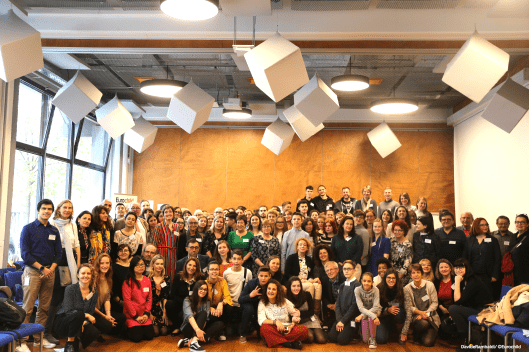 More than 150 participants attended the Eurochild General Assembly and Members’ Day in Brussels on 17 and 18 April 2019, making it the largest gathering in Eurochild’s history. On that occasion, the Network of organizations for children of Serbia – MODS, as a member of the Eurochild’s National Partner Networks, was represented by Jasmina Miković from Praxis, President of the MODS Management Board.

The aim of this annual gathering of Eurochild members was to reflect on child rights advocacy in a changing Europe, share experiences and gain new knowledge in specific topics linked to Eurochild’s strategic goals, in order to be able to work/influence more effectively and work with the next EU legislature. Therefore, the meeting was attended by the high level EU stakeholders from the European Commission, who provided input to Eurochild’s advocacy work for children’s rights.

This meeting was the opportunity for Eurochild to reaffirm its Strategic Plan 2019-2021, as the result of a process of reflection with Eurochild members, Management Board, and children and young people. In the period 2019-2021, Eurochild’s advocacy will focus on tackling child poverty and social exclusion (promoting a children’s rights approach), reforming child welfare and protection systems (promoting systemic change centred on strengthening families and communities), and making children’s rights visible at the highest political level.

The Eurochild network elected a new President of the Management Board, Marie Louise Coleiro Preca, who was formerly the President of Malta. The newly-elected President said: „I’m delighted to see child participation so central to the work of Eurochild. I’d like to use my time as President of this prestigious organisation to establish child participation as common practice across Europe, and to lead the way globally. I also intend to help Eurochild strengthen its ties with international organisations and the Council of Europe. By working with its 47 member states and their respective Parliamentary Delegations, Eurochild can bring children’s rights into the core of Parliaments across the European region.”

Eurochild also welcomed new board members and a completely new council of children aged 11 and upwards who will be Eurochild’s sounding boards and visionaries. The General Assembly approved membership of 17 new organisations and individuals to the Eurochild network and recognised a new national partner network ZIPOM from Slovenia, which brings Eurochild count of National Partner Networks to 23. 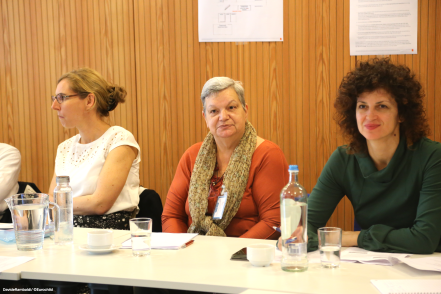 During the Member’s Day, several working groups were organised to discuss about the EU presidencies and institutionalising child participation in the EU institutions, the next EU budget from a child rights perspective and the Child Guarantee, taking Eurochild’s Child Participation Strategy to the next level, early childhood development, the process of deinstitutionalisation and Eurochild’s governance and network development.

In addition to the General Assembly and Members’ Day, Jasmina participated at the Eurochild CIAC (Children in Alternative Care) thematic working group meeting on 16 April, dedicated to the future of Eurochild’s work towards achieving its 2nd Strategic Goal „Ending institutional care for all children across Europe“. During the group exercise and discussion, Jasmina presented some of the main opportunities and challenges with regards to deinstitutionalisation in Serbia.

See video: Eurochild: a glimpse into 2018

Eurochild wants to see an end to child poverty and social exclusion, end to institutional care for all children in Europe and greater recognition of children’s rights in political discourse. The network advocates for better investment in children through EU funds and policies, increased recognition of children’s voices in public decision-making and reform of child protection systems across Europe through the Opening Doors for Europe’s Children campaign. Ahead of the European Elections 2019, Eurochild is campaigning for a European Parliament that stands for children with the Vote for Children campaign.