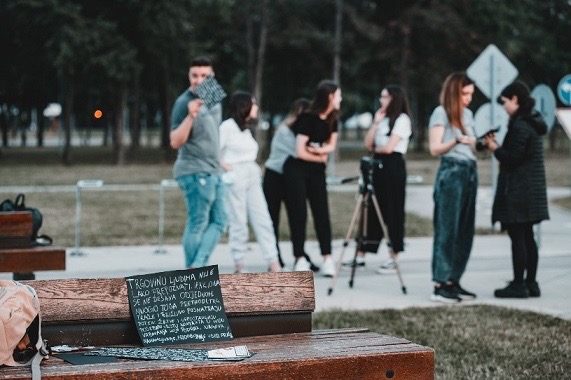 In the period from January to the end of October of this year, 38 victims of trafficking in human beings, including 10 girls, were officially identified in Serbia. Professionals dealing with this topic warn that the number of victims is much bigger, because the statistics includes only the ones detected and identified.

Conceptually, this is a continuation of the project “Preventing and Combating Trafficking in Human Beings in Serbia”, conducted by the Child Rights Centre in cooperation with the NGO Atina and with the support of the European Union and the Council of Europe as part of the aforementioned programme in the period March-September 2021.

In the coming period, the Child Rights Centre will continue to promote the video “Between Dreams and Reality”, which has been shown in ten primary and secondary schools and the SOS Children’s Village Kraljevo, and the digital platform “Protection of Children from Human Trafficking“, in order to reach out to as many children as possible who will attend informative workshops in primary and secondary schools throughout Serbia.

The video and the platform have been created to directly inform children and youth, in particular those at an increased risk of becoming victims of human trafficking, about how to recognise these risks and how to protect themselves.The children from the Centre’s DX Club participated in the production of the video, and after the educational workshops on the prevention and protection of children from human trafficking, they actively participated in the development of video scripts in order to bring the topic of child trafficking closer to their peers. In addition, they actively participated in shaping the digital platform and modifying the content to be presented in child-friendly language.

In order to reach out to as many children as possible, posters will be created in cooperation with the DX Club and placed in schools throughout Serbia, and children will be able to access information on the digital platform through holograms.

In parallel with these activities, the Child Rights Centre and the NGO Atina will conduct a social media campaign on the importance of preventing and protecting children from human trafficking, while relying on the media to inform the public.