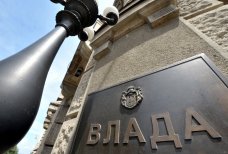 The Network of Organizations for Children of Serbia (MODS) welcomes the decision of the future Serbian Prime Minister, Mr. Aleksandar Vucic, to recognize in his Keynote Speech the rights of the child as a distinct policy field of the new Cabinet. MODS is also pleased to note that the proposals which our organization had sent to Mr. Vucic received due consideration.

In the Work Program of the Government of the Republic of Serbia, which was submitted to the members of Serbian Parliament on August 9, children’s rights were singled out as a special area of work of the new Government within the section relating to human rights, population planning and social responsibility. In this respect, the Prime Minister’s Keynote Address reads that “organizations dealing with children’s rights sent to the Government its proposals on how to improve the position of children, especially children with disabilities and children living in poverty”, and stresses out that the priority of the new Cabinet will be to “create and implement measures to provide children in Serbia happier and more secure childhood”.

During his speech in the Parliament, the future Prime Minister noted the importance of pre-school learning for increase of the general level of education, but also pointed to the fact that “only 60 percent of children from 3 to 5 years were enrolled into early education programs”. Regarding other measures that are directly related to the situation of children, Prime Minister Vucic announced that the priorities of the new Government will, inter alia, include: the improvement of social protection through transformation of social care institutions and investment in community-based services, including health and social services integration; adoption of the Law on Combating Domestic Violence; adoption of the Law on Financial Support to Families with Children; introduction of specific support programs for preschool and primary education.

On 6 Jul MODS sent to future Prime Minister Vucic a document entitled “an appendix to exposé” in which we expressed our expectation that the area of children’s rights would rank high among priorities of the new Cabinet. In that document we pointed out to the concrete measures and activities that the new Cabinet should take in order to improve the position of children in Serbia.

The Program of the new Government which Mr. Vucic presented to the MPs confirmed that the MODS’s main proposal that the area of children’s rights should receive a special attention in his Keynote Speech was accepted. MODS now urges the new Cabinet to adhere to its commitment to improving the position of children and to establish the Council for Child Rights and to amend the Law on Ministries in order to form the Administration for Child Rights.